I'm Not Crazy, It's Hormones. I Swear 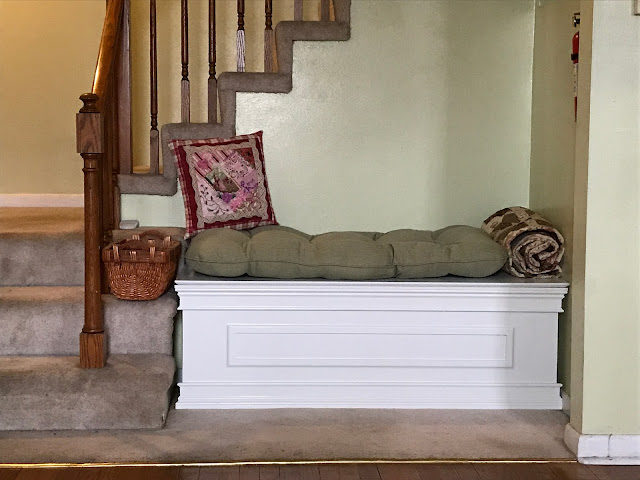 Feels like I'm not getting much done this month.  I went through a big living room rearrangement/ midlife crisis.  Long story short, it freaked out inconvenienced the whole family.  One thing being moved led to another thing needing paint and so on.  Rich said, "Well, if you give a pig a pancake, she's going to want syrup to got with it."  Let's not get hung up on the fact that he compared a dieting woman to a pig and mentions pancakes and syrup at the same time.... Don't you love the quilt cabinet that Hunter made for me?  We really needed more seating during the holidays now that everyone has a plus one when they come over AND... that's how I justified more quilt storage.

In brighter news, I found a fantastic Ott lamp 1/2 off at Joanns!  It even matches my studio.  Score 1 for the pig! 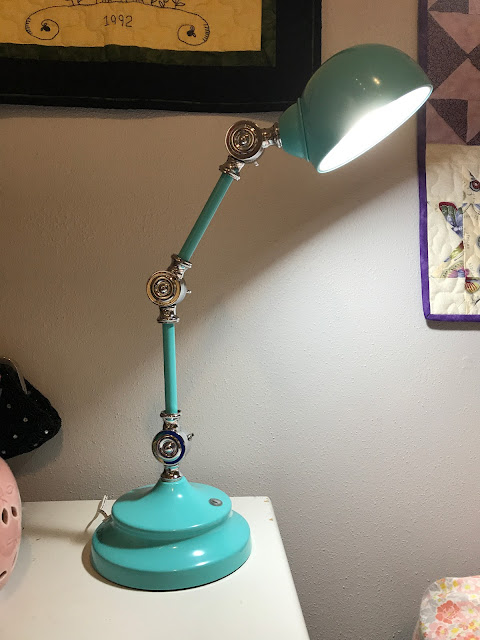 We're almost done with my guild's BOM.  I admit to being bored with this project.  However, I will be trying a cool sashing on the finished project.  So, here's hoping that turns out.  Side note: I misplaced 3 of these blocks along with some glue sticks I was supposed to take to guild for a friend.  Panic ensues, tears are eminent.  I'm ripping the house to pieces knowing that I won't redo those blocks as long as I live.  Rich goes out to the car & brings them in like it was no big deal...  I swear it's hormones. 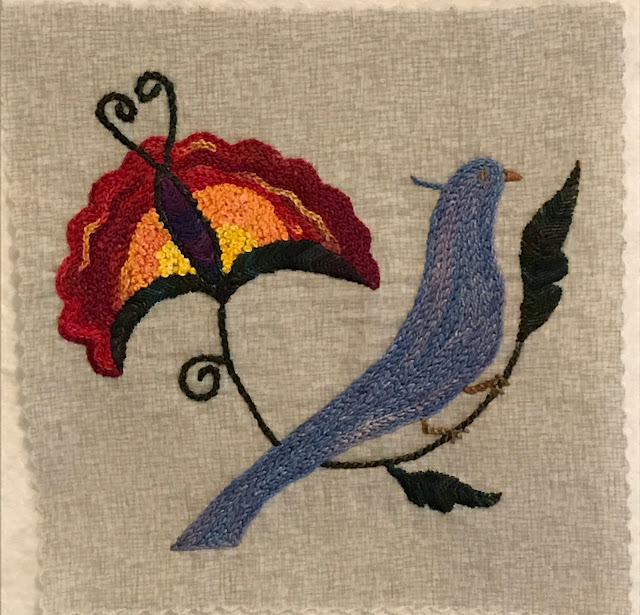 I FINALLY started this project.  It's been in the planning for a year or more.  My crazy quilt group is doing a theme for our next quilt show.  The theme is "Village", so we can do anything that we want that you'd find in a village. 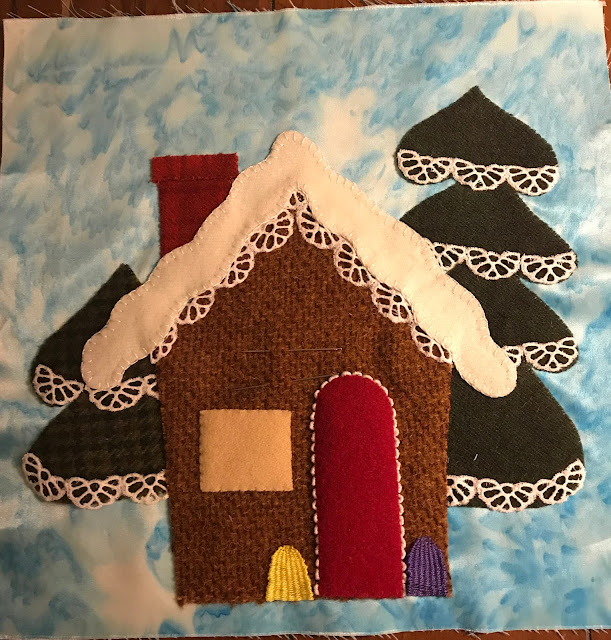 I chose candy store but it morphed into a gingerbread house.  This is it so far.  I'm weaving the gum drops in front of the house.  The snow on the trees is cut up lace trim.  Then, I did 4" blocks to go around the 12" center.  Wild.  Crazy.  Candy colors... Now I'm thinking, "what was I thinking?"  I may just do white embroidery to keep it unified.  We shall see. 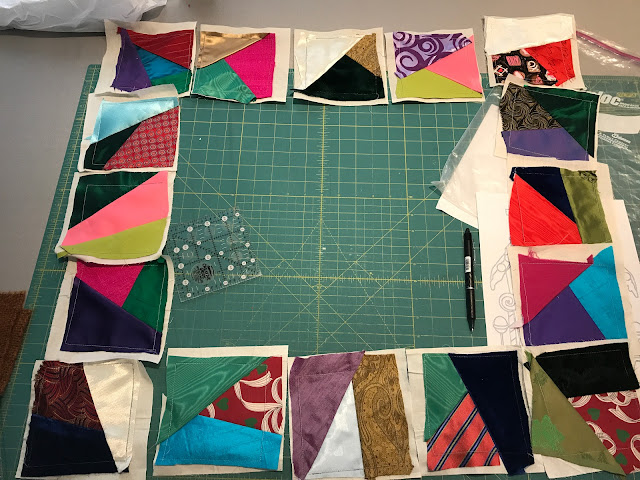 The biggest project has been this t-shirt quilt for Carmen's brother.  Their grandpa was a big John Deere man, I think he had one of the biggest JD collections in North America when he passed a few years ago.  This last Christmas, the family sorted his t-shirts among themselves and Carmen (Hunter's girlfriend) has commissioned me to make quilts out of them for Cole, her mom and herself.  I tried to do a star secondary pattern but there isn't enough contrast in the 2 fabrics, so I just see snowballs.  Bummer.  Not that I think it looks BAD, just not what I was hoping for. 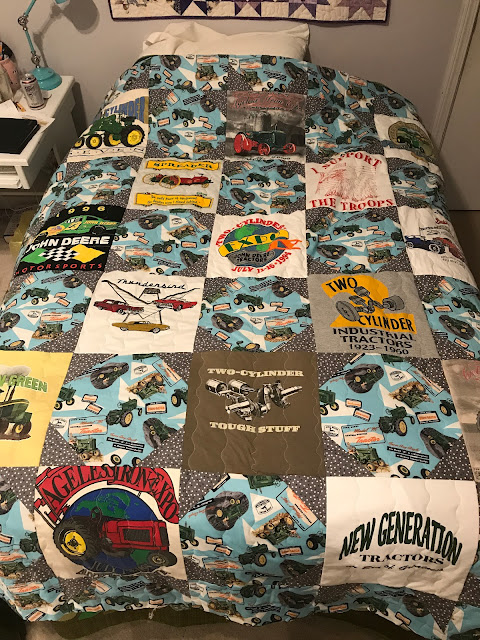 One more thing before I let you go.  Last night I had a moment.  One of those smack you in the head moments.  An epiphany if you will.  I've been catching up on The Quilt Show all month.  Season 5, episode 1.  BAM.  Melinda Bula's work absolutely blew me away!!  That episode aired in 2009, so I know I'm totally late to the party.  Holy Cow!  Check her out!  I must explore this further!!!