Hello again.  Here we are with the first installment of 6 and 6 2018, hosted by Pomegranate & Chintz and Frayed At The Edge.  January we were supposed to start something new.  Weeeellll, I didn't stop at one new project.  Got a little crazy...  My first new project is Simple Folk by Sarah Fielke she's an Australian designer & has 2 new BOMs for this year.  Both are really cute.  The first month was intense though, we made the applique base blocks (12"). 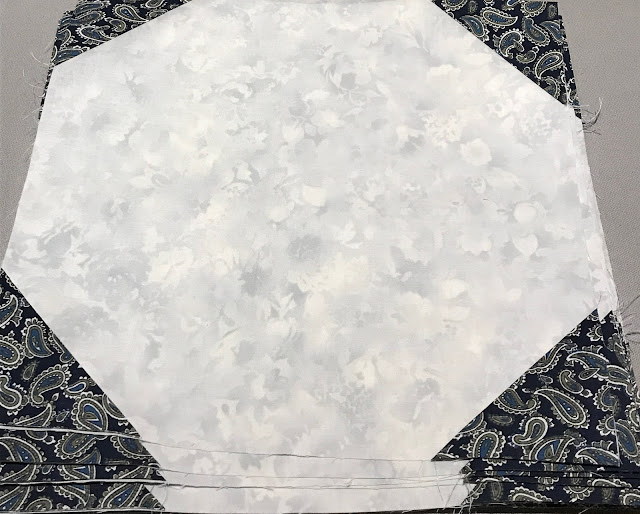 64 9-patch squares, these are little 3" finished.  She recommends cutting each 1.5" square individually so that you get a REALLY scrappy look.  I agree, that would look fantastic.  However, there was absolutely no way I was going to cut that many 1.5" squares... Nope. 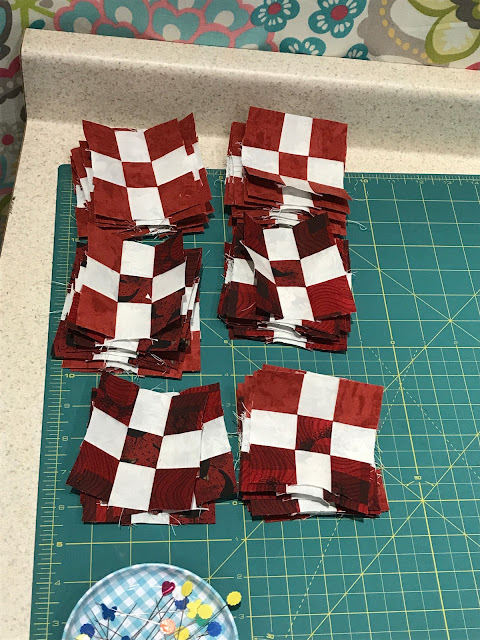 AND, appliqued the first applique block.  I know, you're thinking these are dark colors for me.  I had a migraine while I was selecting them and there you have it.  I was super uncomfortable doing the applique.  She glues the pieces down then stitches everything together and there is no "pattern block" for placement reference.  Normally, I would do back basting.  This is totally out of my comfort zone.  Which I think is evident in my crappy leaves.  Also, I was very "under the influence" of my migraine meds, so that might have been part of it.  I think gluing is an Aussie thing, Irene Blanck does it as well.  I was just as weirded out by doing Mosaics which may be why it's still in my UFO pile. 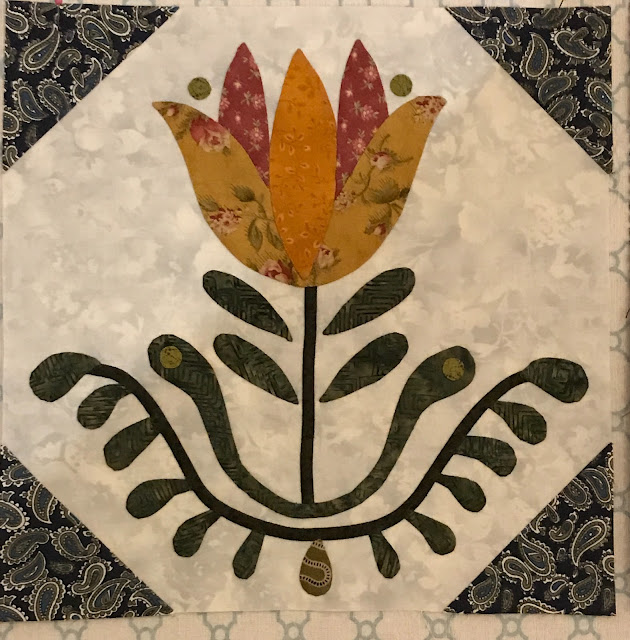 During December's TAS (The Applique Society) meeting, Shirley was sharing a book that she won as a door prize at Baltimore on the Prairie.  It just happened to be a book she'd already purchased.  It's called Baltimore Garden Quilt by Barbara M Burnham.  I chose to do it in ice cream sundae colors.  Inspired by another one of Irene Blanck's quilts.  I don't plan on doing a whole quilt, just a wall hanging.  I don't have enough of the mint green to do much more than 4 or maybe six blocks.  These are 16" finished. 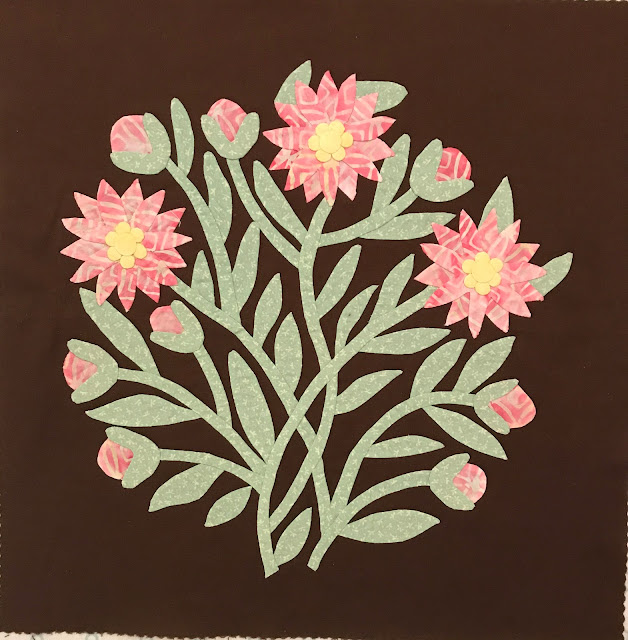 Actually, I started this in December.  So, really, it's more UFO than new. 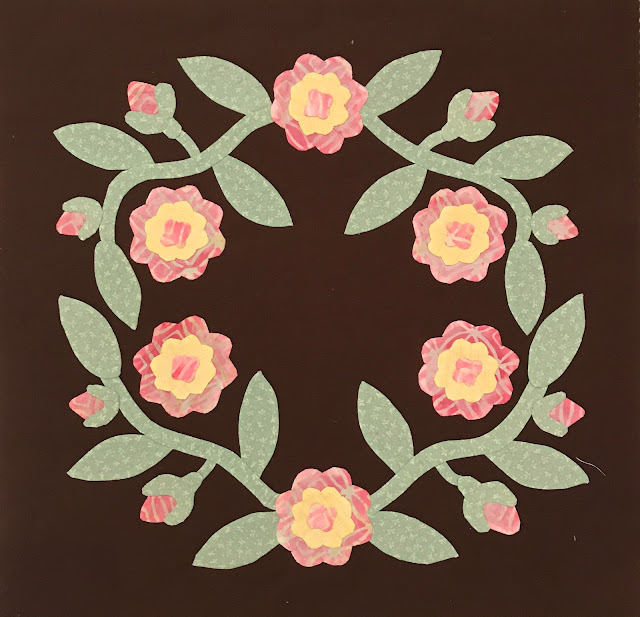 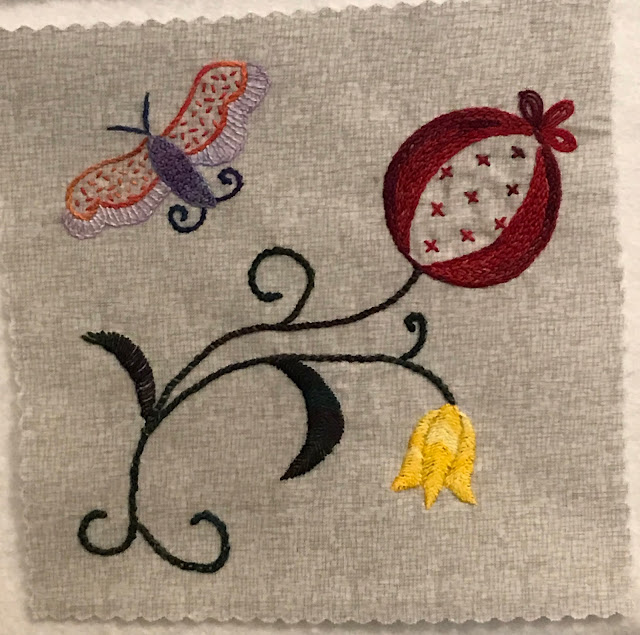 Since that wasn't enough, I also started The Quilt Show's BOM designed by Edita Sitar.  She's so talented, how could I resist.  These are 6" and there will be 3 of each pieced blocks with an applique center "barn scene".  I'm using my stash for this one so my blocks are going to be pretty random. 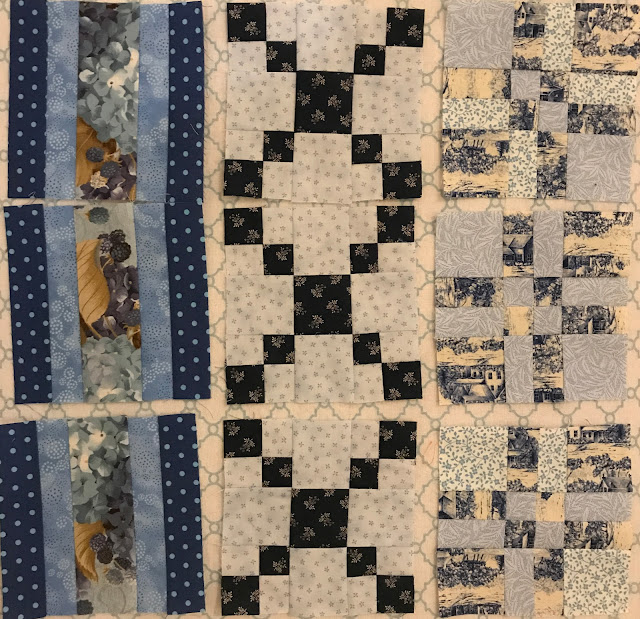 I know, that was more than 1 new project.  However, I'm sure I can still come up with something to share on the other "new" months.  February is a UFO month, so I will try to get something quilted.  Now that the Super Moon nonsense is over, my migraines should go away.  3 days is too much.  The doctors assure me they will go away when I finally go through menopause.  I'm not sure anyone has ever been as excited about that prospect as I am.
SaveSave
Posted by Heather at 8:46 PM