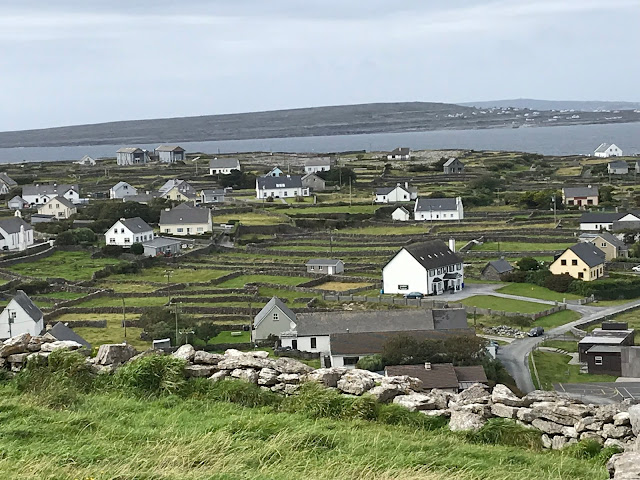 I know it's been awhile, but I've been SO busy!  First, I went to Ireland with my son & his wife.  It was amazing!  But, it took weeks to recover from all that.  Then, Rich was jealous of my trip so he wanted to get away for the weekend and we decided to go to Memphis for the first time.  As you'd expect, that wasn't quite as amazing... but at least we can say we did it.  Next month we're going to Louisville and then in January to Vegas.  I know, crazy!  We don't travel for 27 years, and now look at us. 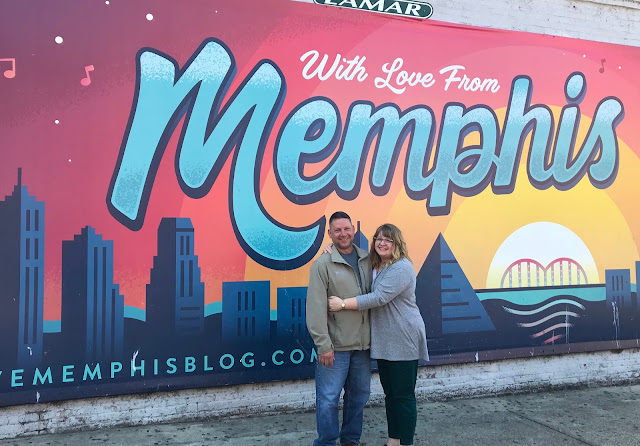 I have done SOME stitching but not as much as my usual.  I made this table runner with left over wool, courtesy of  Dana D.  My daughter Bethany liked it so much, I made a second one for her.  The colors were a little different and I gave it to her before I got a picture.  Basically the same, add some purple. 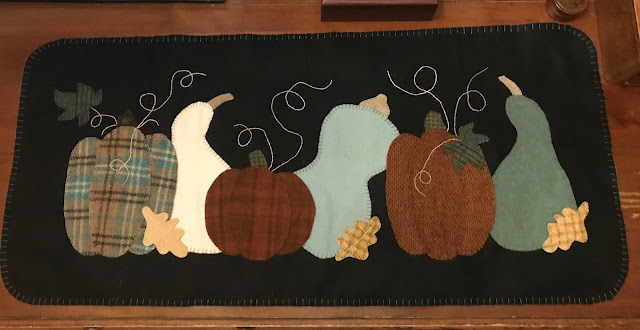 A few weeks ago, I also went to our Mascoutah retreat.  It's always so nice to catch up with the ladies.  I did hand work.  I went in thinking that I had 2 blocks to do for Hospital Sketches.  Got this one done, started talking to Sue H. and realized I still had 2 more to do.  Dang it.  But, now Barbara Brachman has annouced next year's BOM will work well with these blocks in case we want a bigger quilt.  So, technically, I still have a year to be done, done. 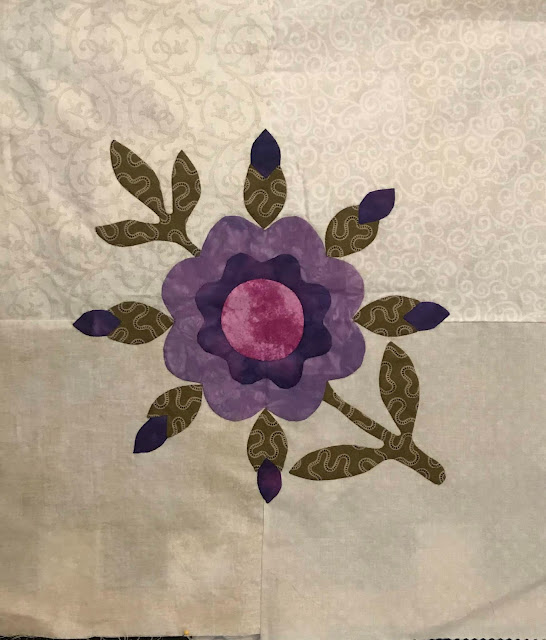 Months ago, I started this new project.  I have a book of illuminated manuscript letters.  It reminded me a lot of the Book of Kells, and a few months ago, I was all about anything Irish. I decided to do our last name.  Here is my M.  In the end, I'll probably be adding tons of beading and embellishing but I thought I'd get the applique done first.  It's pretty fiddly, since the vines are so slim.  I don't imagine I'm going to plow through this one. 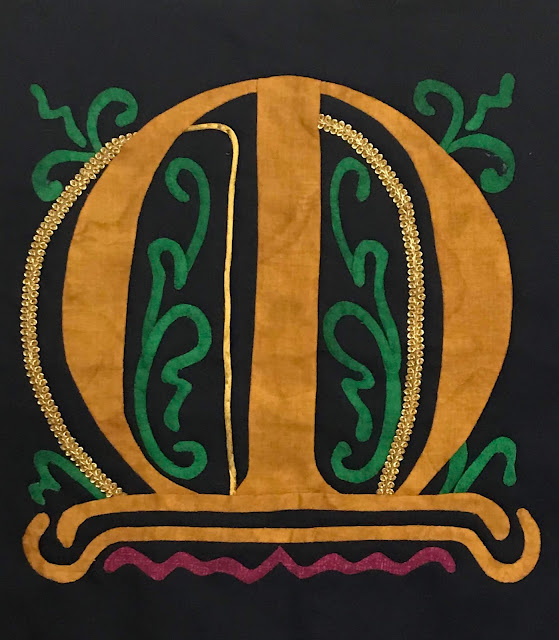 There you have it.  It's more that I thought I'd been doing, but not as much as my usual.  It's good to have a more balanced life, right?  Hope all is well with you!
Posted by Heather at 3:53 PM 2 comments: