Welcome To My Existential Crisis 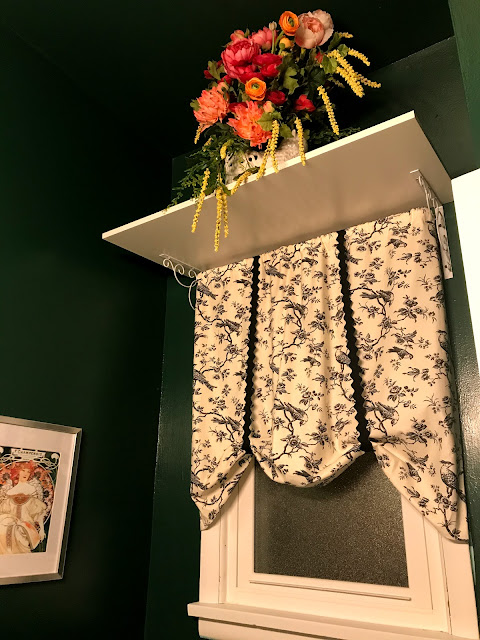 Really, I haven't posted a blog since before Las Vegas?!  That seems like years ago already.  By the way, we had a great time.  Much better than I expected, if I'm honest.  And, I'm always just a little too honest...

So much has happened since then, I'm not sure where to start.  During the holidays, I painted the upstairs bathroom and did an Ireland theme, I guess you could say.  The color of the walls was supposed to represent Connemara marble. 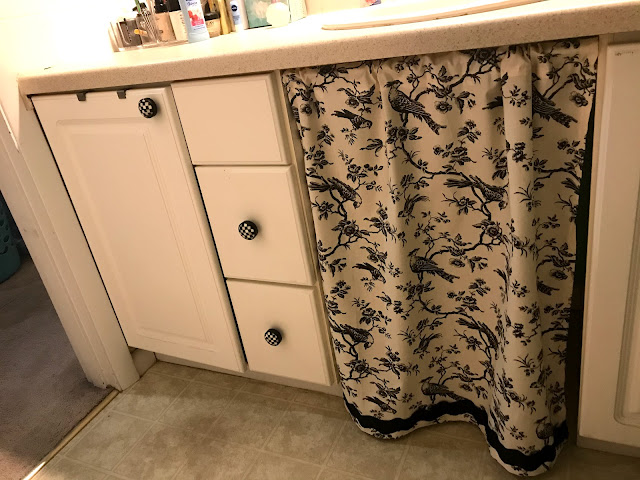 I framed some of my photographs from the trip.  Made some cute curtains. 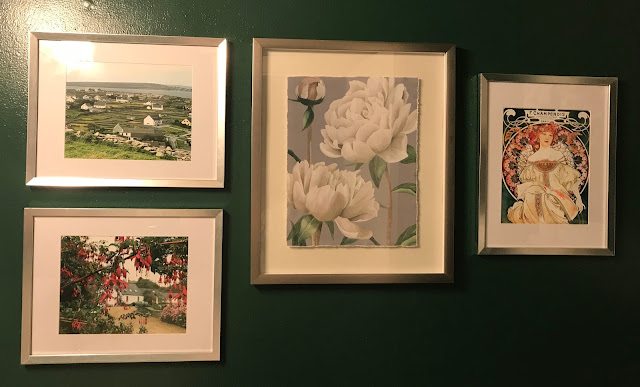 Repainted this old medallion that was laying around and stuck it to the ceiling.  The green was really dark for such a small space. 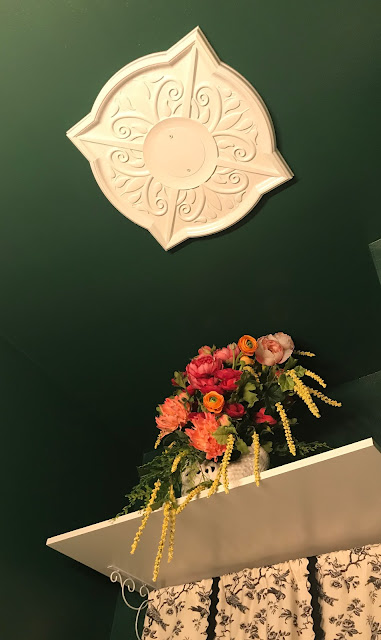 Added some of my favorite art nouveau art. 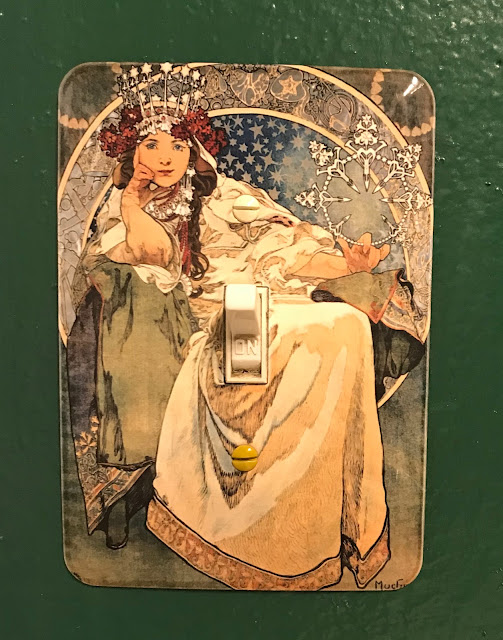 It was all just perfect and I loved it. Then Rich decided we should switch rooms... so none of it lasted. 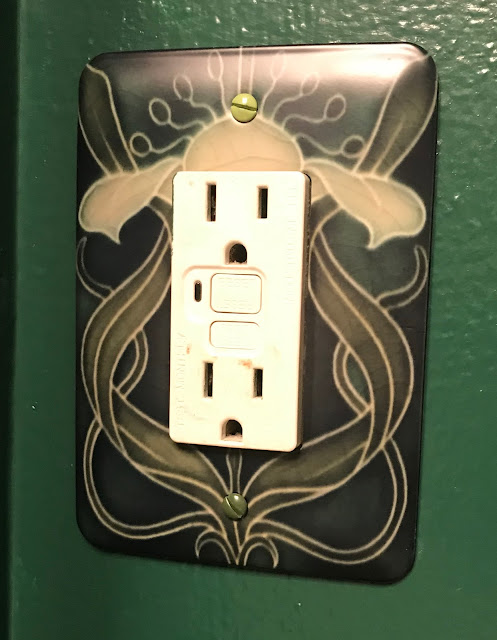 So, here's what happened.  Rich woke up in a mood one day and announced he wanted to leave Illinois.  He was sick of the taxes, the cold, you name it, he was sick of it.  I believed him.  So, we researched where his employer had plants that he could be transferred to.  We landed on Beaumont, TX or Orangeburg, SC.  Well, my brother referred to Beaumont as hurricane bait, so we noped the heck out of that idea quickly.

That left Orangeburg.  I was looking at properties, redesigning kitchens in my head, picking out paint swatches.  Planning day trips to the ocean when my kids came to visit.  I'm an "all in" kind of girl.  Really long story, short, we aren't moving.  Rich is WAY too OCD for that.  But then, he had the idea of swapping rooms so that my studio was no longer over his head when he's trying to sleep.  It's one of the things that frustrated both of us.  (We have separate rooms because he works shift work and I didn't want to murder him for keeping me awake while snoring.)

So, he gets the cute green bathroom that has been turned into a man bathroom.  And my beautiful, large studio is now beige.  Beige!!  Ugh... Rich however, has been sleeping better than he has in years so, I guess it was all worth it.  I guess...  I'm still adjusting.  Perhaps just a little salty about the whole situation. 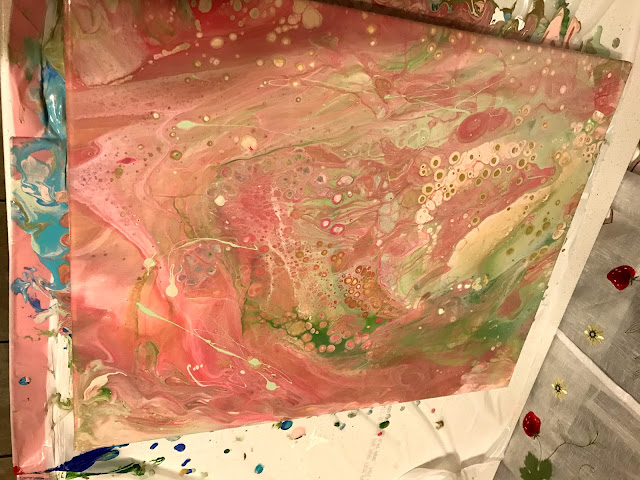 While all this was happening, I have also been struggling with what I think is arthritis.  I've been taking a B complex for years now to combat carpel tunnel.  For the last few months my fingers and wrists have been aching terribly.  Enough that holding a needle was painful.  So, I decided to take up painting.  Bethany and I had a day of paint pouring.  They're super cool but I don't know what I'm going to do with them.  Maybe new art for my new room? 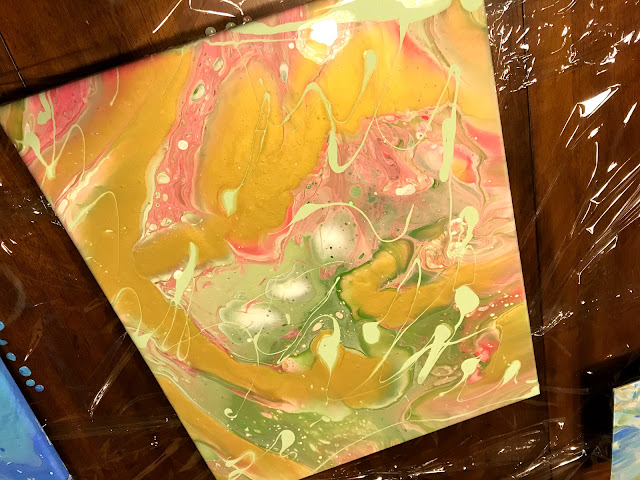 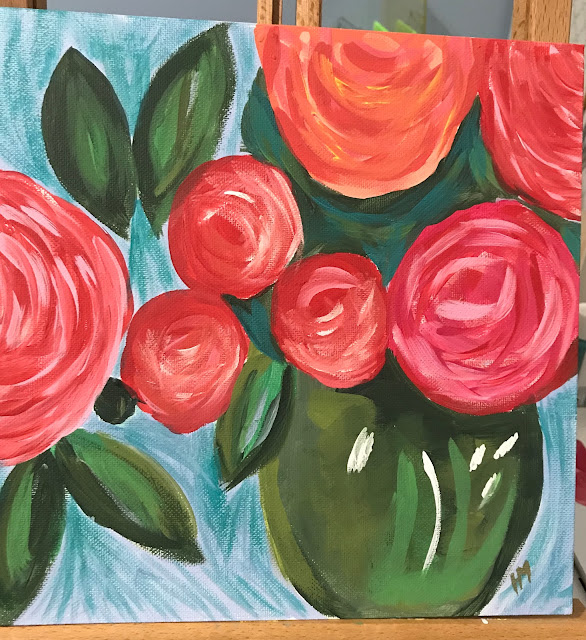 There is a YouTuber by the name of Elle Byers that does abstract floral tutorials.  This is what I did following her lead.  It was a lot of fun.  Rich was not impressed...  Then I decided to take a class through the Edwardsville Art Center before prom season started and this cat was the class project.  Also fun.  Sierra liked it so much that she asked for it.  I'm still experimenting and have to remind myself that I sucked at quilting when I started that, too.  I'll post a picture later of my first landscape done in a class at Hobby Lobby.  So bad... for real. 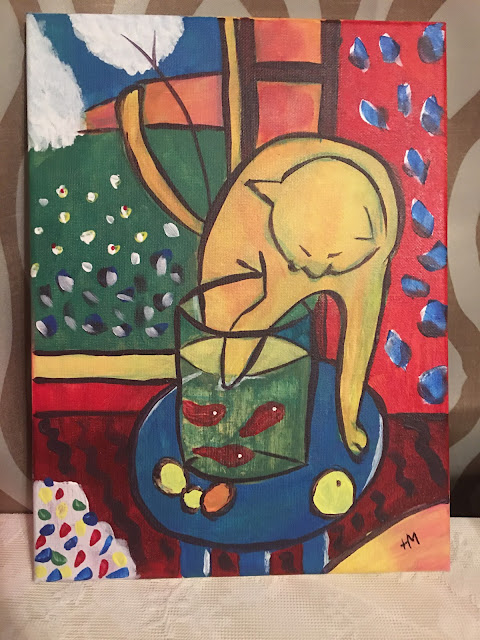 To improve my much smaller bedroom/ office/ studio situation, I decided to re-do my dresser in, what else, green.  This originally belonged to my grandparents.  My mom had it, then gave it to me.  It was a really dark walnut finish from maybe the '60s or '70s, then I painted it white in the '00s, then Cherry wood colored in the '10s, and now, POW, Kelly green.  We're in a bold new world. 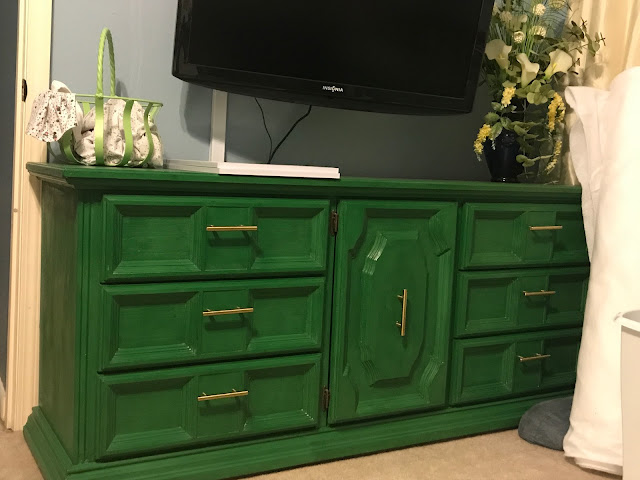 I also made a headboard.  This is pre-quilted minky type fabric that I found at Joann's for 60% off.  I'm super in love.  We used half of my old cutting station for the wood.  I upholstered it with a foam mattress pad and some batting.  The one I wanted to buy was $1000 online, I did this for under $100. 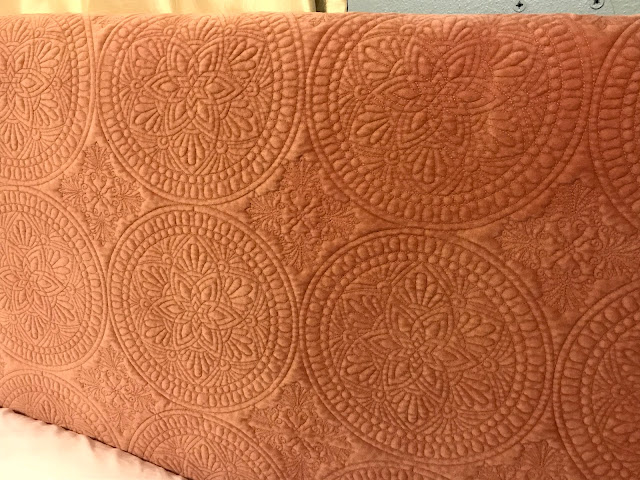 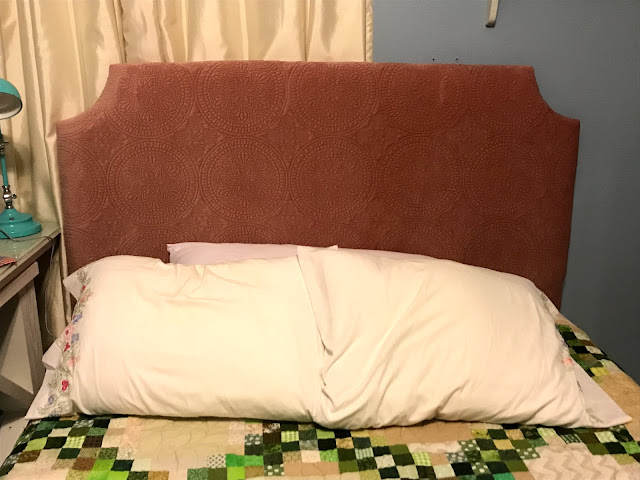 In February, one of the girls I work with gave me this pre-printed tortilla warmer.  Her grandma brought some over from Mexico.  It was so sweet of her to share with me!  I made it in to a little wall hanging.  But no longer have a large wall to hang it on...still a little salty. 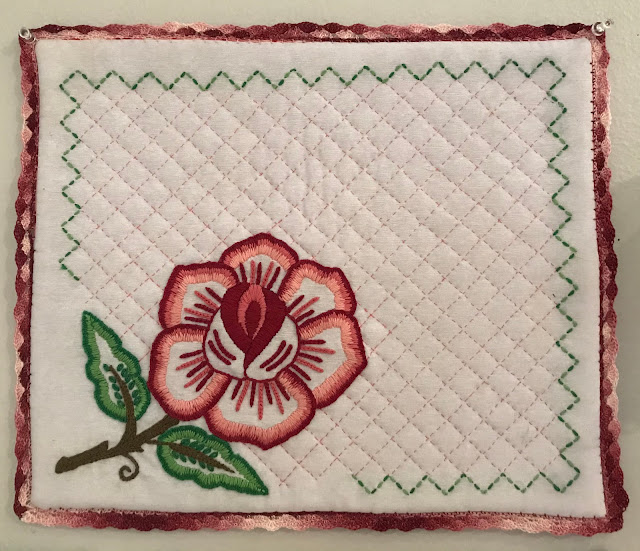 I finally made this little candle mat.  Currently being used as a coaster in the living room.  I've had the kit for YEARS. 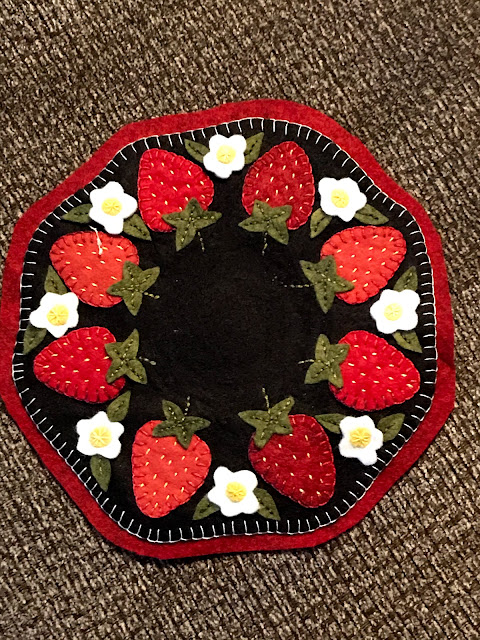 Another project that was sitting around were these pillow cases.  They were started a couple years ago, and even came with me to Ireland but never touched while I was there.  Sierra has also confiscated these. 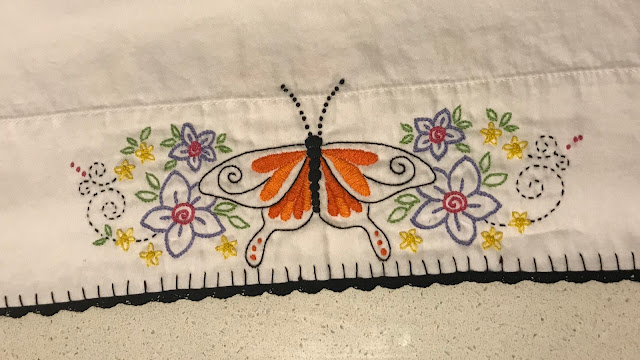 Okay, that's all my crazy that I'll share today.  Believe me, the story continues.  Rich is currently painting the downstairs bathroom as part of our room swapping deal.  He's the salty one today... and yesterday... probably tomorrow, too. Let us all remember that it was his bad mood that started this in the first place!  I've started on glucosamine and picked up the needle yesterday for the first time in months.  Just like visiting with an old friend.