I finished my Victorian boot!  It's something I've been working on for several weeks.  It's my first Victorian boot so naturally I obsessed over it.  Since I've been taking these crazy quilting classes on line, I also joined some on-line groups to help with inspiration. 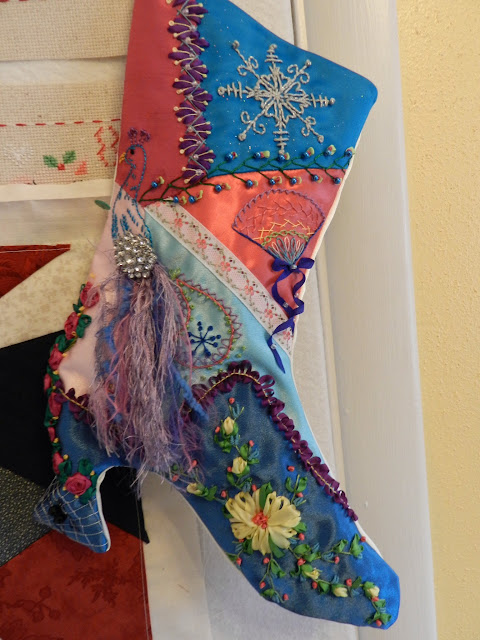 Crazy Quilters International Yahoo Group is doing a Victorian Boot swap.  It could be any theme you wanted.  Didn't have to be Christmas themed if you didn't want. 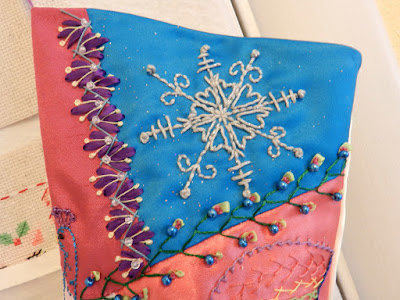 My original thought was to do pastels.  But, then I was at Joann's and they were having a sale on some fancy dress fabrics in jewel tones.  So, inspiration struck.

Another peacock.  I know, shocker.  It seems to be my thing recently. 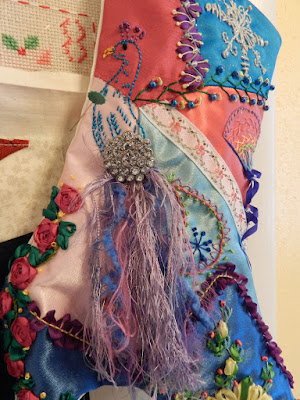 I stitched the bird and used fancy yarns as the tail.

The snow flake is done in a crochet thread that has silver metallic running through it.  I was freaked out using it because it was so think and chunky. 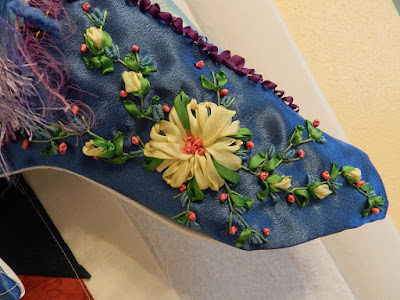 This floral spray was done with some of the ribbon I dyed on my earlier quilting class.  I dyed the yellow and the coral. 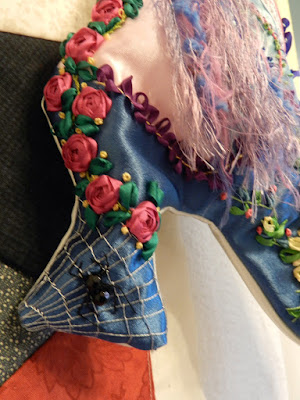 I used Joyful Embellishments FB group and TAST as inspiration for my sections. 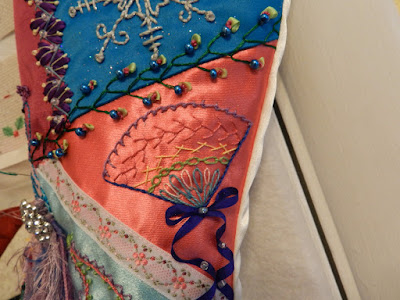 The spider web and fan were inspired by Joyful Embellishments.  I did the funky fly stitch above it to mimic the dots on a peacock feather.  It's weird but honestly, what I did first was awful and had to be ripped out.