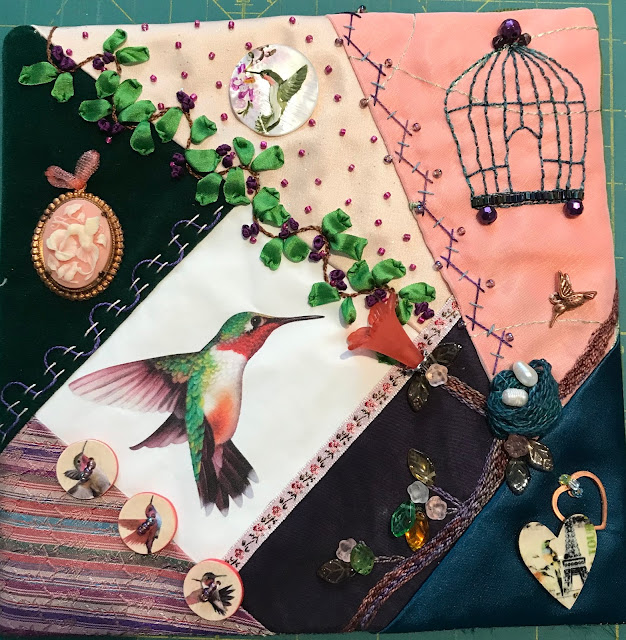 At the beginning of this year, our local Crazy Quilt group decided on a theme for the year.  We agreed to do one bird per month.  There was a lot of discussion on which birds would make the list but most of us lost interest as the year progressed.  I think there's only 2 out of about a dozen left actively working on them. 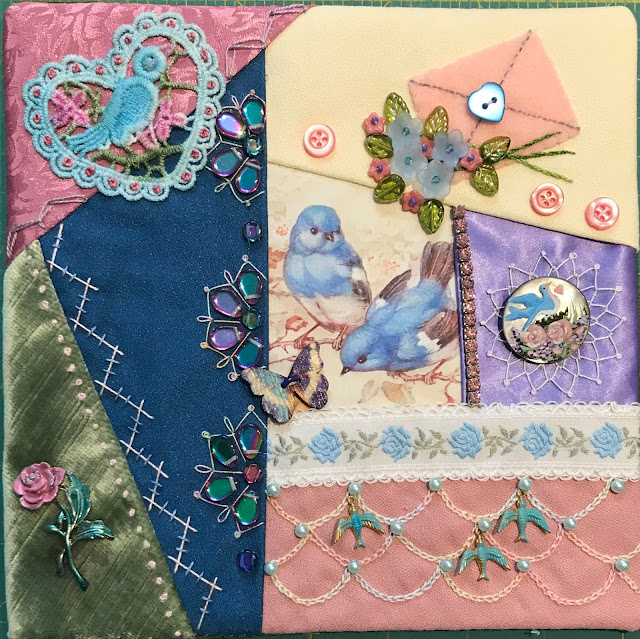 I didn't really do a block a month.  I just did stuff when the inspiration hit.  I had a few of Gerry Kruger's buttons from her Etsy shop Olderrose.  I also bought some hand dyed laces from RavioleeDreams on Etsy.  Many of them were too large and are now a part of my stash. 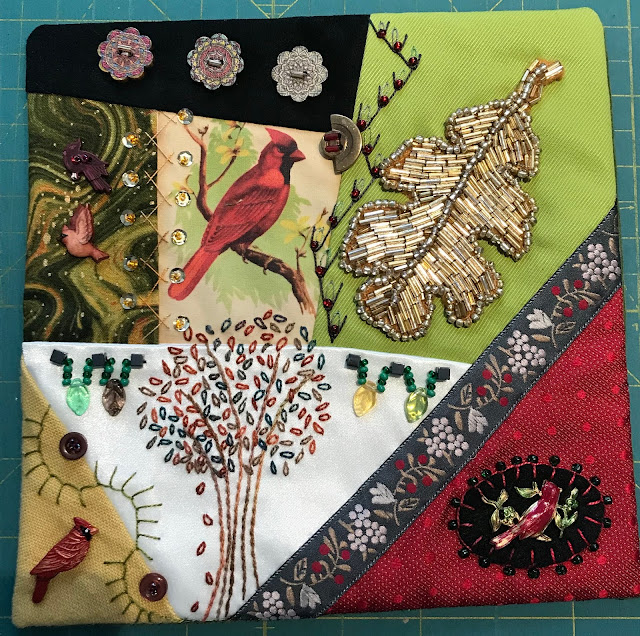 I got a few beads from Michaels, 75% off, like these stars and the crow feather. 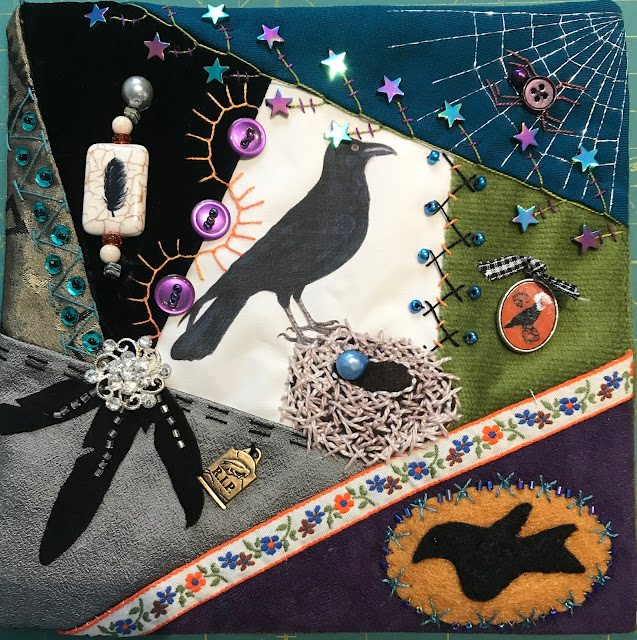 I tried to use brocade ribbon on each block.  A lot of my seams are more simple than my usual but that's how I've been feeling this year. 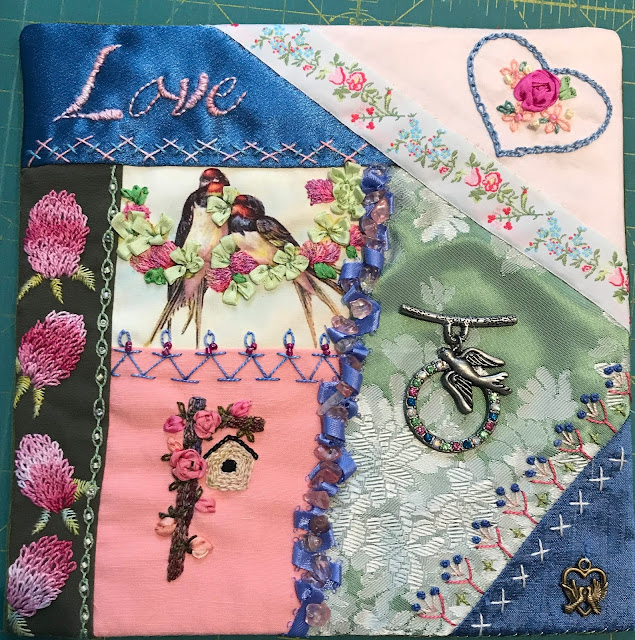 Lots of little purchases from the Bead Place in Fairview.  The pictures of the birds were all duty free downloads from the internet.  I just printed them on fabric. 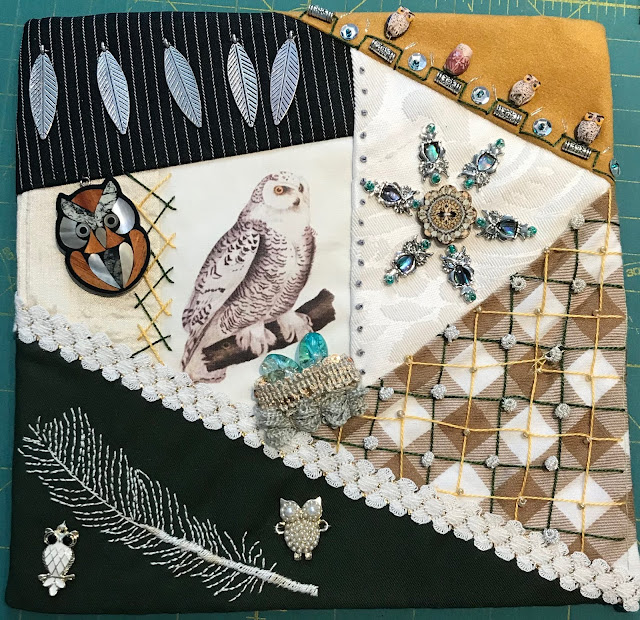 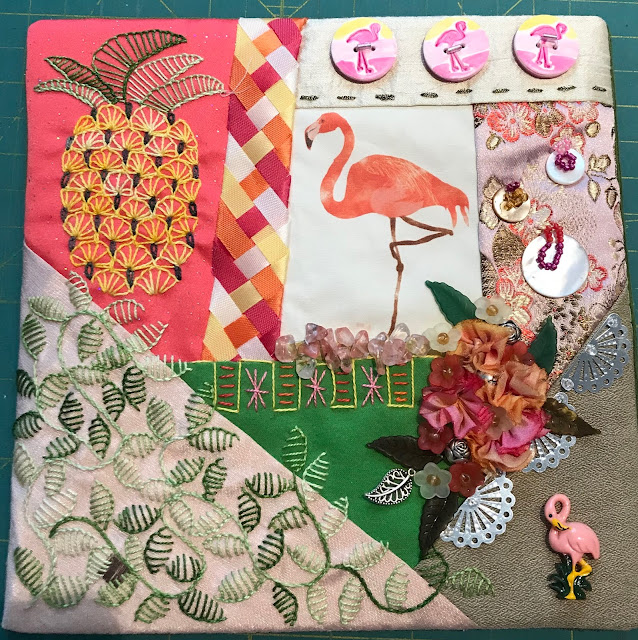 I got a little desperate for inspiration on the turkey block.  I had a beautiful lace that I wanted to use but decided on the felt turkey because the subject was turkeys.  The lace was classier, though. 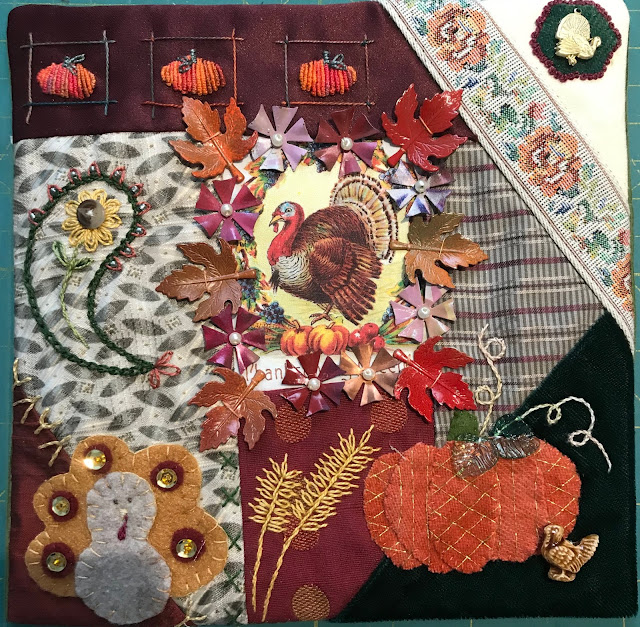 One month during our meeting, we made several different kinds of nests.  My initial idea was to do a book.  I finished them each individually but then realized that would be a giant book.  So, now they're just stand alone, things. 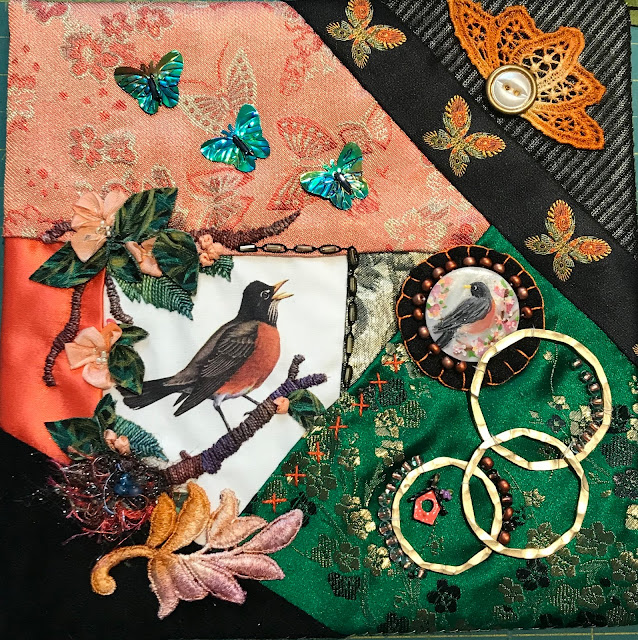 This one was finished and refinished, a couple of times.  I like this final version.  I've got 2 more that I'm still working on.  I ordered some charms that have been on the slow boat from China for a month now.  Hopefully, they will arrive soon.  I want to finish this by the end of the year. 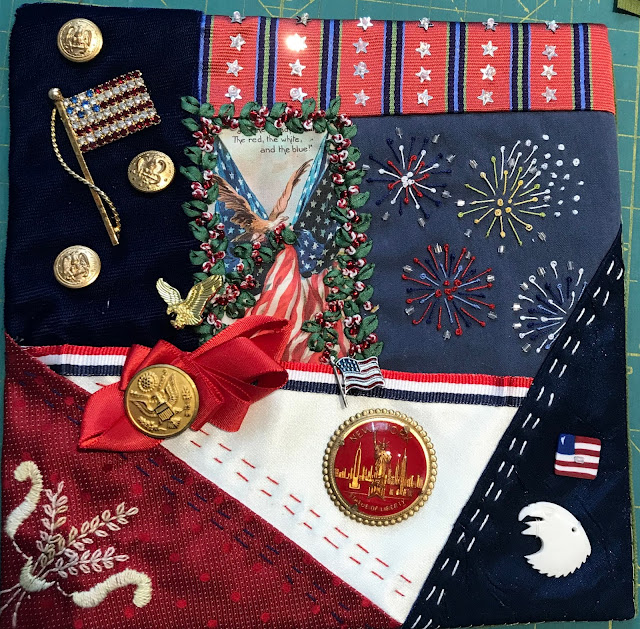 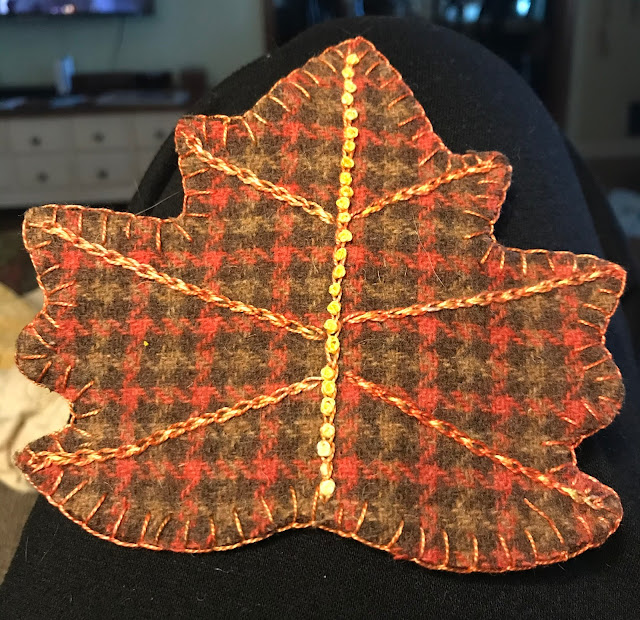 At our last Applique Society meeting, Katie M showed us how to make these cute mug rugs.  Love it!