Time For Some Change

Oh my goodness, it's been a busy, busy month over here at Mantz Manor.  I may split this up in installments.  Don't want to take up your whole day!  When Hunter came home from Australia last month, he announced he'd be moving out with his lovely girlfriend Carmen.  Parenting is so strange.  I wafted between being upset that my son was leaving to being excited about the extra room.  Constant wafting!  Not to mention not having to do his laundry...  He got the keys to his new place on the anniversary of our move to Iowa and Illinois, if you can believe that.  What is it with the first of July that makes our family want to make big changes?  Any who, we've been furiously cleaning, rearranging and painting since he left and I'm exhausted!  Hunter's exit made room for Bethany to have her own room, ie) leave my studio.  Which made room for me to complete my studio!!!!  What.  What?! 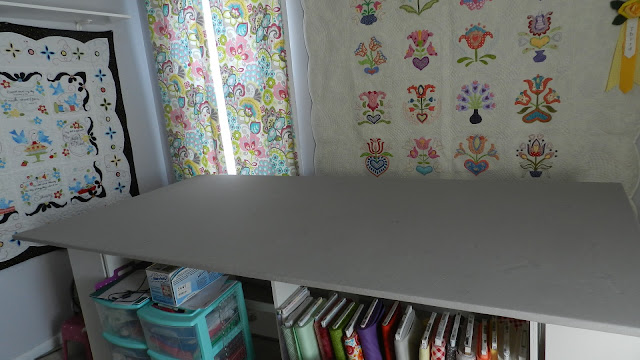 You've seen this bit before, I think I'll keep it as a To Do list. 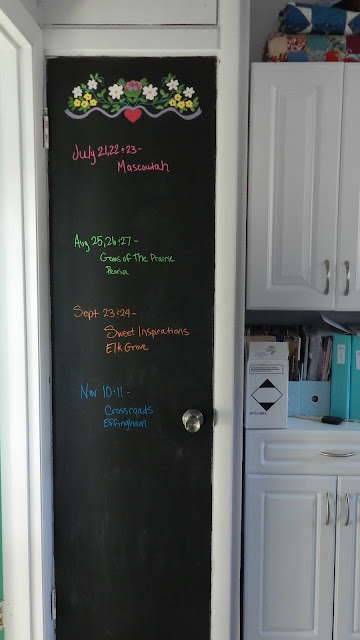 I asked Rich to move the cabinets from the loft to the studio and this happened.... I cried.  He claims that it was impossible but I say he was being dumb.  The jury is still out on who was right.  But, we all know I was... And, because he loves me and doesn't know what to do when I'm crying, he bought new cabinets.  These are actually better than the old ones.  The others had weird little drop doors underneath that was basically wasted space.  Rich hates doing these things.  HATES.  He also hates painting.  He's done a lot of painting this month and I'm pretty sure he's about to leave me.  Just kidding.  Not really. 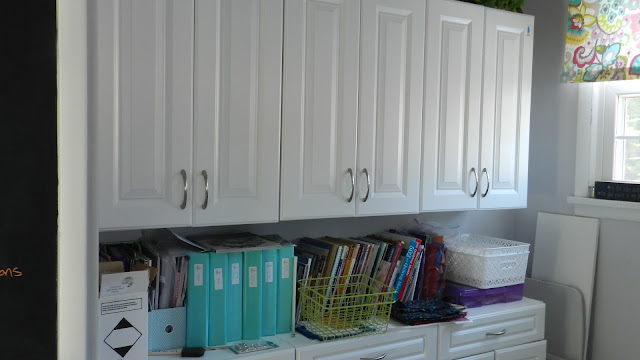 The girls' bathroom walls had a pencil mural that Bethany had done in middle school, I think.  It was time for a change.  Then this aqua was so bright, it blinded you.  So, I put Tisket A Tasket up. 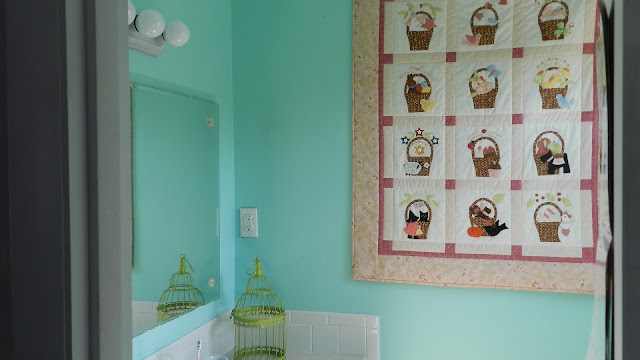 A view of my sewing station.  I had some pink file cabinets on order through Walmart.com.  I received an email stating their delivery would be by a certain date.  The date came and went, when I contacted Walmart, I was told to contact the third party.  Then it turns out that the order was only placed through Walmart, not the third party and that they didn't know anything about it.  What I'm saying is, don't order through Walmart.com.   I still want to raise the table a bit, I think it'll be better for my back.  Then, I wrapped some batting around an old cork board to make the small design board.  I had to ask Rich for help getting it up on the wall.  It was too soon, he wasn't pleased... 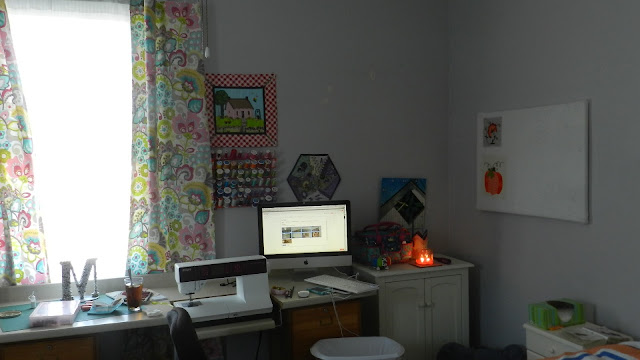 I finally finished my big design board!  Next time, I'll share a tutorial on how I did it.  I'm really pleased with it.  I've got my clam shells on it now.  I have since filled in that open spot.  I still have about a hundred more shells cut.  I think I'm going to do one more row of shells that will require about 15 more shells than what I've already got.  I did the math but I can't remember exactly now.  Of course we all know what happens when I try to do math.  Each block is 6 wide and 8 long.  What I have so far is 2 blocks wide and 4 down. 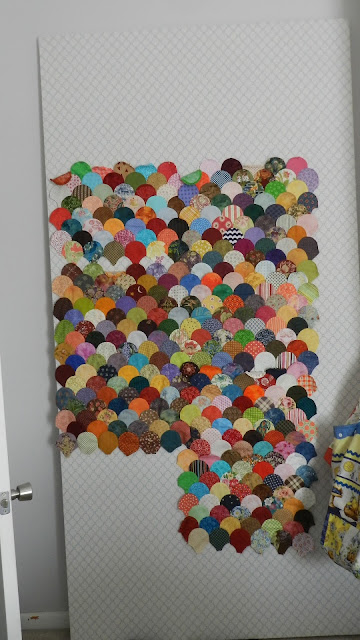 I will leave you with my guild's new BOM.  LOVE IT!  I used all Caron threads, available in my shop! 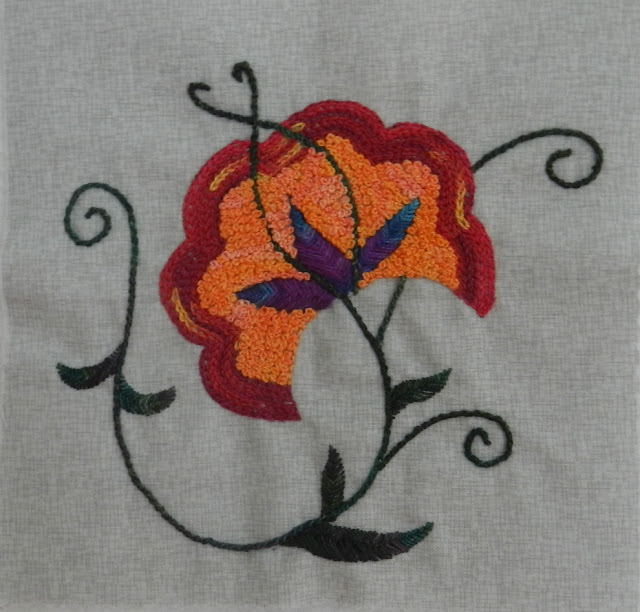 ****This just in**** Rich and I just got back from our first couples pedicures!  It took me 10 years to convince him he'd like it.  I was right again!  He loved it.  Enough so that I think he's forgiven me for the paint and the cabinets.  He actually offered to raise the sewing table!!  LOL.
Posted by Heather at 10:49 AM