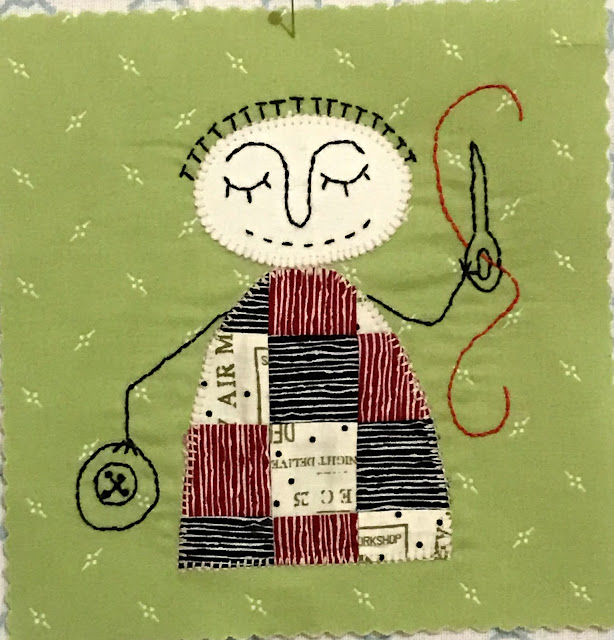 Staying inside is finally a popular idea, even for my husband.   With cold weather like this, Rich even requested I don't go out.  Nice, right?  Because of the that & the fact that I avoid housework at all costs, I had a little time this month to get the applique and embroidery blocks done for Jackman's Splendid Sampler group.  This pin head chick is... not my style... 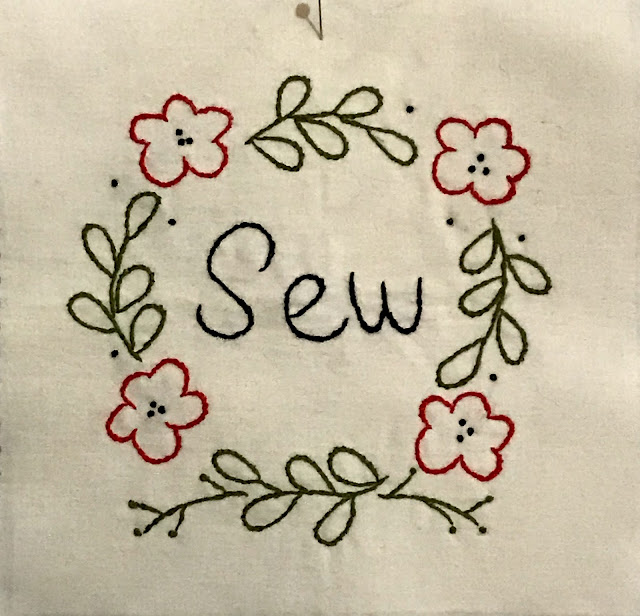 They chose the fabrics and handed them to me.  I'm pretty sure it's a collection of Christmas fabrics.   I think I have at least 2 more to do before Feb 26? 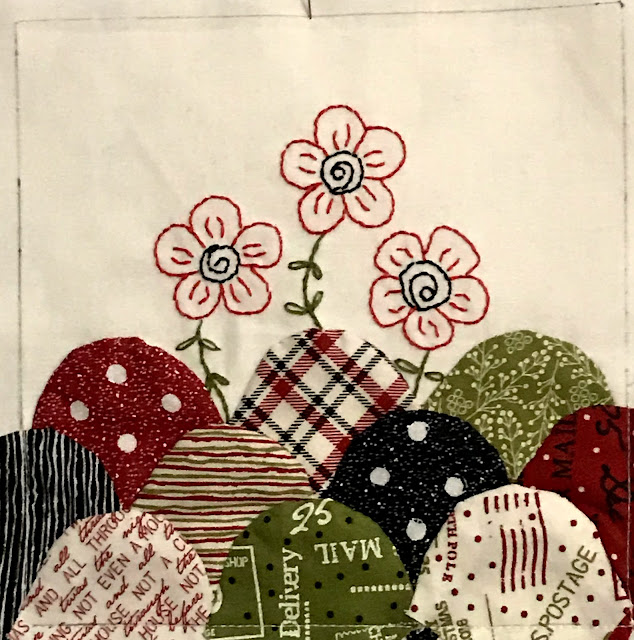 I know, not much progress on Stevie's Quilt but I'm slowly plodding along with it.  I had visions of getting it done before the quilt show in June but I'm pretty sure that's just another one of my pipe dreams.  I did finish my Cosmic Spiral from last year's class but forgot to take a picture.  That could make it to the show if I embellished it. 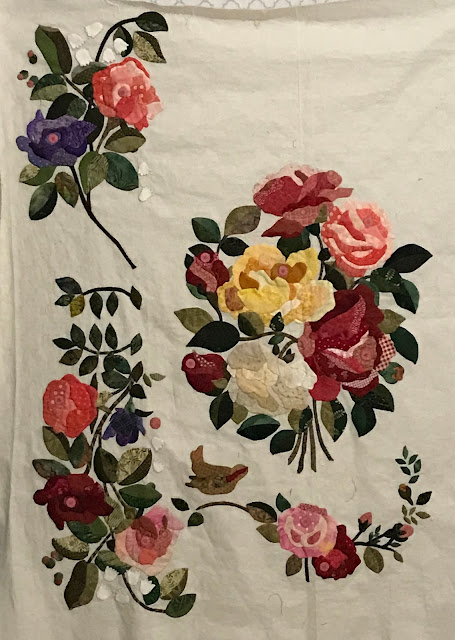 I managed to quilt Jill's t-shirt quilt and even remembered to give it to Hunter when he was over the other day.  Seriously, I kept saying good bye, sitting down and then seeing the quilt on the stairs...  3 times.  I also got Melissa's quilt quilted but not bound.  I'm not too happy with the the way the quilting turned out on hers.  My machine wouldn't cooperate and then things just escalated from there.  Blood and tears were shed.  Things got ugly.  Now I'm just pouting about the whole thing.  I didn't even get it done by the end of January like I had hoped.  She literally pinned me to a date of estimated completion.  The turkey!  I may have to do a different quilt for her later. 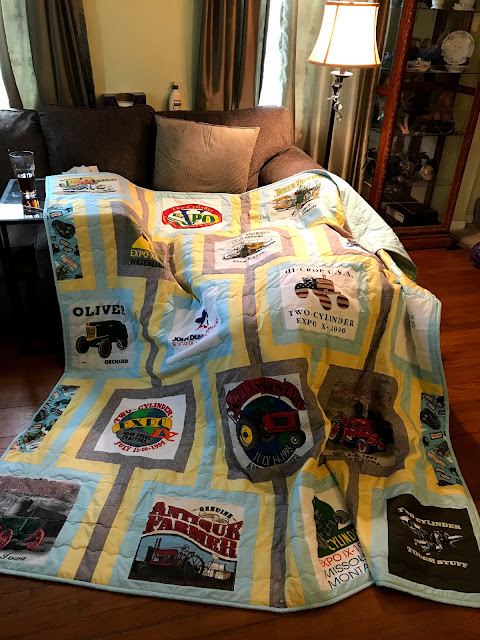 So, can't say January was a total bust even thought I didn't officially finish my goal.  But, tomorrow's a new day and I don't work much in February so there's hope for me yet!  My goal in February is going to be finishing my Harry Potter Bookshelf!  Perhaps a show contender as well.
Posted by Heather at 2:42 PM