Definitely Not a Natural

My poor, long suffering husband.  Part of the deal when we decided to swap rooms was that I got new paint in the bedroom and bathroom.  Well, that led to replacing some damaged drywall.  Since we're at it, why not add another vent fan... and then you end up with a man who wonders why he ever met you. 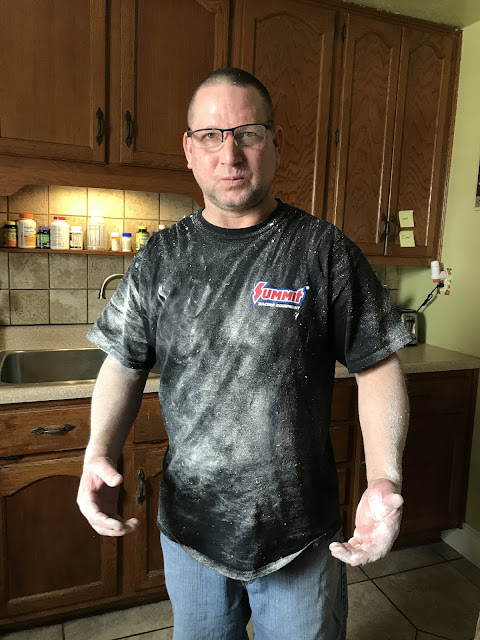 Rich doesn't want me near house paint.  One time, back in CA, I was shaking a can of paint that slipped out of my hands... it was the perfect spot for a hallway rug, anyways...  Then there was the time that we painted the living room and I got paint all over the carpet and a recliner.  In my defense, the carpet was being replaced in a week and the new recliner was already on order.  He's never forgiven me, though.  So, imagine his horror when I announced my new hobby would be painting.

He doesn't appreciate abstract art, either.  Thinks I need to work on my blending techniques.  He's not wrong, but still.  This was another tutorial from Elle Byers on YouTube. 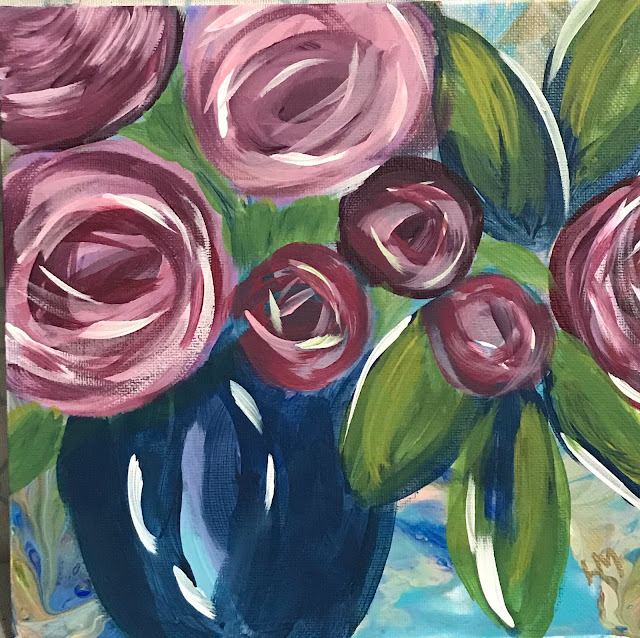 I did this Still Life following a Will Kemper Art School tutorial.  My best by far. 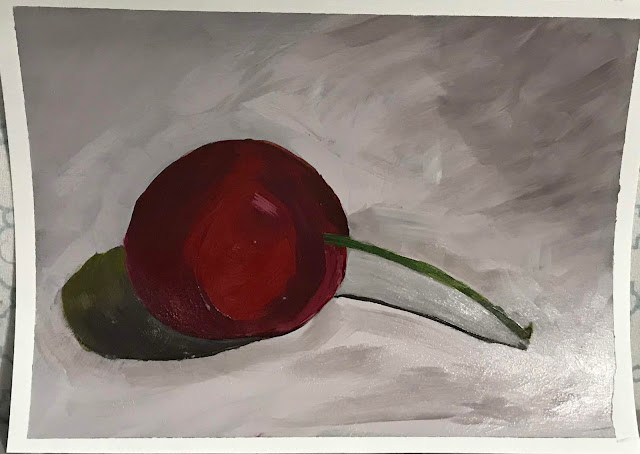 I think this was a Pinterest picture that I copied.  I bought a set of acrylic paints from Hobby Lobby that has a really high gloss to it.  I'm not a fan, I'll be going forward with something else when these are gone. 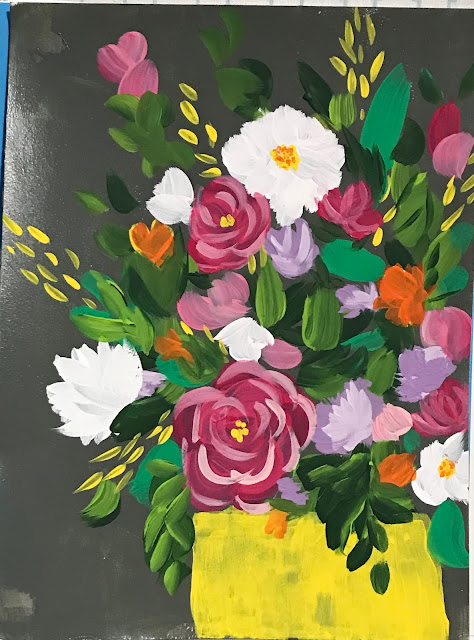 I also broke out the Donna Dewberry One Stroke books.  I used to be much better at that. 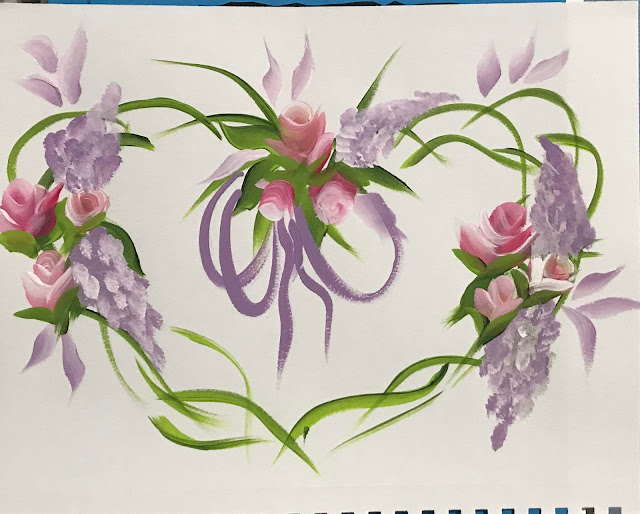 Here's a landscape that I did during a Hobby Lobby class.  That's not a waterfall in the distance... it's mist.  Rich is like, "why do you suppose you're so bad at that?"  "You're definitely not a natural."   Thanks, babe.  Wouldn't want to get a big head or anything. 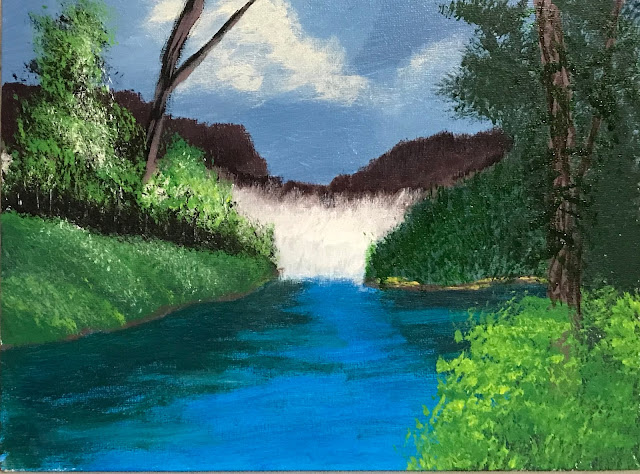 Another YouTube tutorial.  We were working on blending the sky.  Again with the super glossy paint.  Eh. 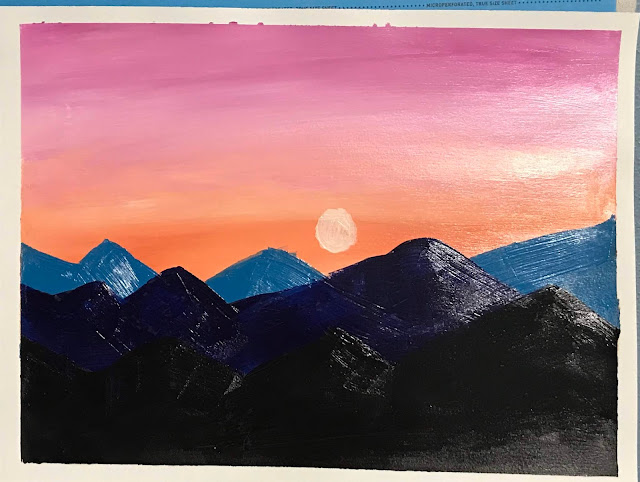 Last, but certainly not least, my terrible lily pad.  I was liking the water, I even liked the pad.  I could live with the flower but then I put the leaves on the lily and it was suddenly transformed into a child's art project. 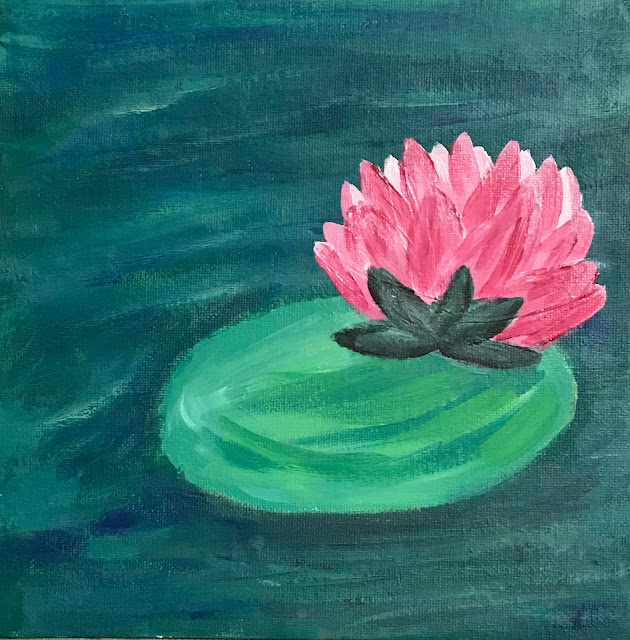 Stay safe my lovelies!
Posted by Heather at 2:34 PM